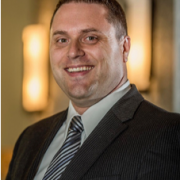 GRAND RAPIDS, Michigan, July 26, 2018 – Zach Smith has been named Executive Director for Grand Rapids Ophthalmology by Blue Sky Vision. Smith is the successor to Bob Wolford, who served in the role for 33 years and will continue on as Senior Advisor during this transition. 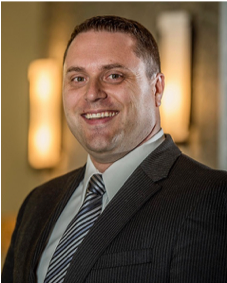 “Zach’s operational leadership experience in both the private sector and military, along with his passion for eye health, are impressive,” said Surya Desiraju, Chief Operating Officer of Blue Sky Vision. “It’s been a seamless transition for the team.”

Most recently, Smith was the Chief Operating Officer of Evergreen Eye Center in the Seattle area, where he oversaw five locations, $17 million in revenue, and over 100 employees. Prior to that, he was an active duty Medical Service Corps officer with the US Navy for six years.

“We are fortunate to have an Executive Director of Zach’s caliber,” said Bill Hughson, CEO of Blue Sky Vision. “His discipline and foresight will be instrumental as we grow and support our team of ophthalmologists and optometrists at Grand Rapids Ophthalmology.”

Smith completed the Master of Health Services Administration Program to earn his degree at University of Michigan and is a graduate of Brigham Young University. He is fluent in Spanish, having worked as a missionary in Paraguay for two years.

August 13, 2018/by
Record Funds Raised in Drive for Vision